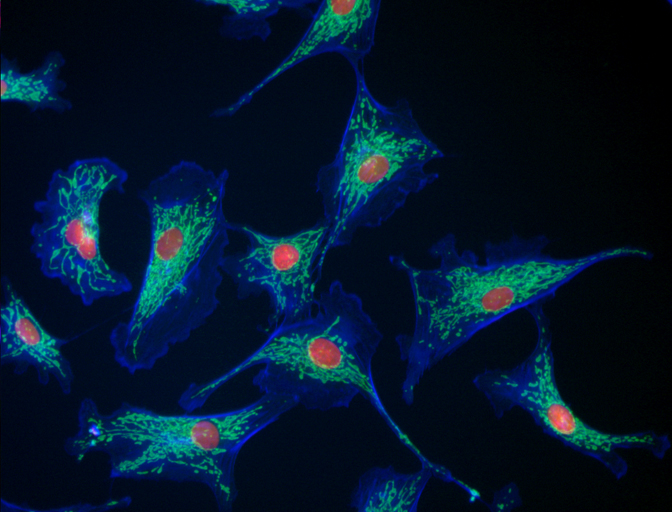 开放式，两个独立的培养孔载玻片每个培养孔上的中间板可以避免弯液面形成从两侧缝隙很容易加液，无气泡形成，适用于高端显微镜的优秀光学成像特质兼容染色，固定最佳细胞粘附的表面Ibitreat生物兼容性塑料生产，无胶水，不泄露 Phase contrast microscopy is the most commonly used, transmitted light technique in cell culture. When working with phase contrast microscopy, it is crucial to have the two phase rings adjusted to each other. In open wells, the meniscus at the air-water-interphase works like a lens that refracts the beam path. This miscalibrates the phase rings, leading to poor contrast in the microscopic image. Working with the ?-Slide 4 well Ph+ diminishes the meniscus, so that the whole optical system is aligned, no matter which position of the well is being imaged.

Cross Section Through a Well of the ?-Slide 4 well Ph+ with a Transmitted Light Beam Path.

The illustration on the left shows the perturbing effect of a meniscus. Light is refracted on the air-water-interface, leading to poor contrast in microscopy. Only the small center part exhibits satisfying phase contrast.Working with the ?-Slide 4 well Ph+ diminishes the meniscus and increases the area of nicely contrasted cells. This nice contrast is due to the parallel beam path that is created by the plate. 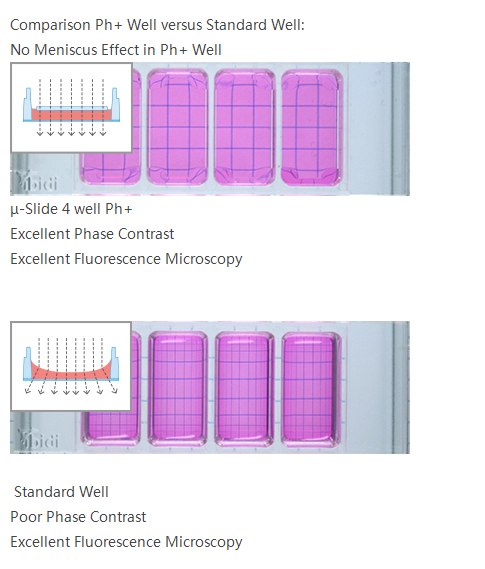